I had the opportunity and privilege of being able to visit Nhulunbuy on the north eastern tip of East Arnhem Land, NT in the last week of June this year. I spent eight days with my wife, Mary Ann, staying with my daughter, Emma, and her partner, Mitch, who are both currently working as senior resident medical officers in ED at Gove hospital. Staying with them in their small two-bedroom self-contained house on the hospital premises gave me the opportunity of easy access to the hospital and staff. I had the opportunity to catch up with a number of the members of the medical staff socially as well.

Gove District Hospital is a small, 30-bed acute hospital with medical, surgical, paediatric, respite and maternity services. It services the community of Nhulunbuy which has a current population of around 2000 and a much larger number of mainly Indigenous patients from the surrounding homeland areas including three remote communities. The hospital provides inpatient, outpatient and specialist care and also operates as a clearing station for patients seriously ill requiring stabilisation and evacuation by air to Royal Darwin Hospital. The hospital has a pharmacy and visiting specialist services including ophthalmology, orthopaedics, ENT, plastics and general surgery. They have 24-hour medical imaging (which is limited to ultrasound and plain x-rays) and pathology. The hospital is also a hub for other outpatient services including physiotherapy, social work, mental health, alcohol and drug-related problems, domiciliary care and community nursing centre for disease control, audiology and family and community services as well as aged and disability services. There is close coordination with Miwatj Community Health Service.  The hospital has medical staff of approximately 25 including staff specialists, visiting GP specialists, an ED coordinator and director of medical services as well as GP obstetricians, GP registrars and resident medical officers. Medical students attend the hospital from Flinders University and there is a special learning facility on site provided by Flinders University. In 2016 to 2017, 8942 patients presented to the Emergency Department for treatment and approximately 80% of these were from either the local or remote Indigenous communities.  Of these, about 1700 required urgent treatment. A much smaller number of these required stabilisation and air transport to Royal Darwin Hospital.

I was able to present a one-hour formal presentation and Q & A session to around 20 of the hospital staff including some nursing and physiotherapy staff on the Australasian College of Sport and Exercise Physicians' training program and an update on sports medicine management of tendinopathy. This was a really good session with keen interaction with the hospital staff. Later the same day, I ran a one and a half-hour session with 12 of the medical students, GP registrars and available residents at the Flinders University educational facility which was very well set up with examination beds and top-end audiovisual aids. This was again very enthusiastically received and I did a presentation on approach to the acutely injured knee and a hands-on workshop on examination of the knee joint with a focus on acute injuries.

Staying in this community afforded me a great opportunity to update my cultural competence and I was able to discuss the Reconciliation Action Plan of our college and interact with a number of the members of the local Indigenous community. I made several visits to the largely Indigenous settlement of Yirrkala, 17 km south of Nhulunbuy which is a regional cultural centre for some of the 16 or so clans of the Yolngu East Arnhem Indigenous community. There is a renowned Indigenous art centre here with many hundreds of amazing works from local Indigenous artists that we visited on three occasions. Members of the local community such as Mandawuy Yunupingu and Roy Marika, elders in this local community, have been prominent in land rights and conservation efforts in East Arnhem Land.  Mandawuy Yunupingu was a deputy head then headmaster of the local school in Yirrkala as well as the founder of the cultural group and band, Yothu Yindi. We were privileged to attend a live performance of the Yothu Yindi band at a Yirrkala cultural event which started off with AFL football games, a very impressive and moving welcome to country and then a very comprehensive, very varied live performance of music by a number of the local and visiting bands. This was very well attended by the local Indigenous community and a large number of the non-indigenous locals as well as visitors.

Sport is seen as a very positive socialising influence in the local communities and I was able to experience first hand the excellent sporting facilities in Nhulunbuy and in Yirrkala and attend a number of training sessions and games of the local AFL teams. These teams generally have fairly good medical cover as nearly all of the 10% of non-indigenous players in the teams I saw are doctors, nurses or physiotherapists at Gove District Hospital.

The surrounding area all around Nhulunbuy is breathtakingly beautiful. The town itself is set on a peninsula, surrounded by islands with beautiful white sand beaches and aquamarine water unfortunately in some instances inhabited by box jellyfish, crocodiles and sharks which tends to dampen the enthusiasm of some but not all of the local surfing community. Some of the ED staff have been known to surf at some of the local beaches which can produce up to a 3 foot wind swell off the Gulf of Carpentaria on some of the beautiful points. I was not encouraged to join them, mainly by the fact that none of the local Indigenous people who have known the area very well for centuries were seen in the water. Despite this, there are a number of areas other than the town aquatic centre that are safe to swim.

We had the opportunity to swim at one beautiful remote beach on the northern tip of Bremer Island on a day trip to a wilderness camping resort on the very northern tip of the island which has accommodation for 15 to 20 people. This tiny resort has been enthusiastically run by Trevor and his wife, Helen, since 2005 with a real focus on sustainability and conservation of the local area with involvement of the small local indigenous community. One startling paradox here was the contrast between the pristine leeward beach on the tip of the island to the windward beach on the eastern side that was littered with plastic rubbish mainly from Indonesia over the other side of the Arafura Sea. The contrasts of this evidence of damage to our planet with the remoteness of this beautiful location which was only accessible by air or a 45-minute small boat trip was striking.

Although it is fairly expensive to get to Nhulunbuy, it is very easy with simple jet flights via Cairns with Air North from Cairns to Nhulunbuy where there is a very good local airport which is maintained I suspect largely by Rio Tinto which is still mining bauxite in a large open cut mine just outside town following closure of the large aluminium smelter (which dominates the landscape on otherwise pristine Melville Bay). This eight days afforded me a very intense period of immersion in the local Indigenous culture with very good access to a great deal of valuable historical and cultural resources in Nhulunbuy and at the art centre in Yirrkala and human resources in the local people. The trip afforded me an opportunity to understand more significantly the importance of the Indigenous cultural framework particularly in this area of Arnhem Land where the culture is uninterrupted and strong with very good Indigenous leadership and support services. I became acutely aware of the medical problems facing the Indigenous population and those caring for them and the magnitude of the problem.

Nhulunbuy generally is a very pleasant place with excellent facilities and a very positive and friendly local community. Sports and Exercise Medicine, as an important element of healthcare has a lot to offer in communities such as this. I would encourage any of my colleagues who have a similar opportunity to visit one of these remote communities to embrace this enthusiastically. It may prove a very rewarding experience. 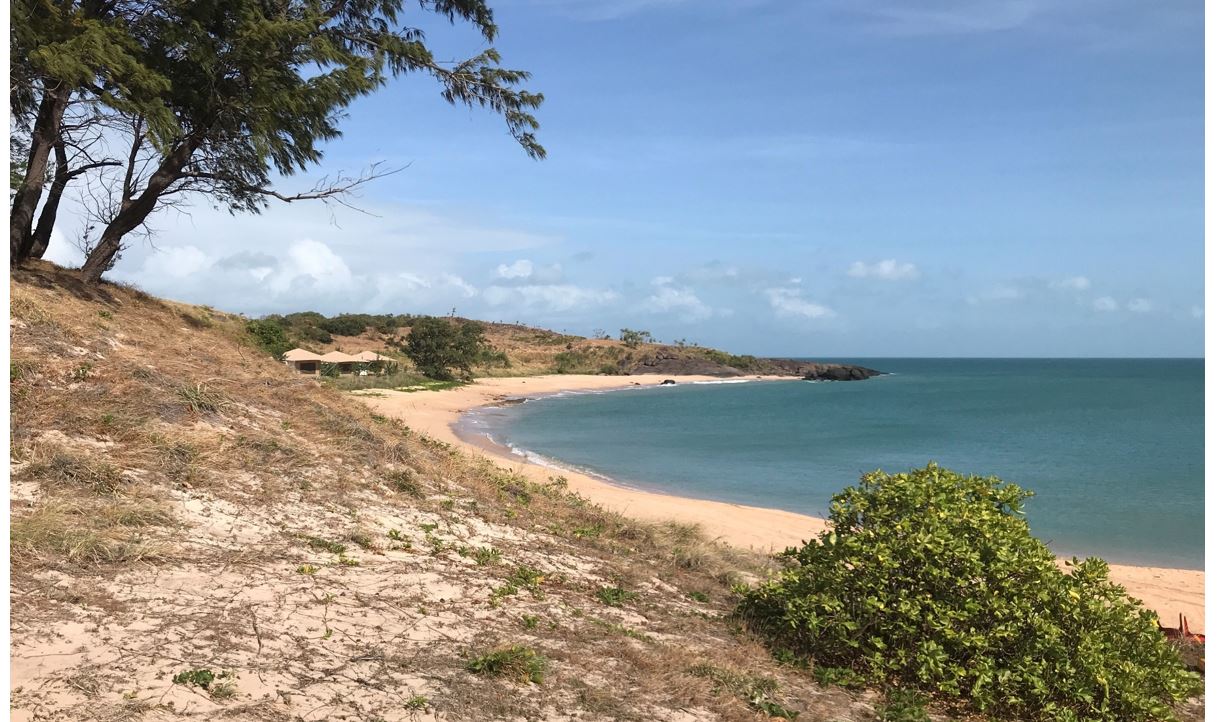 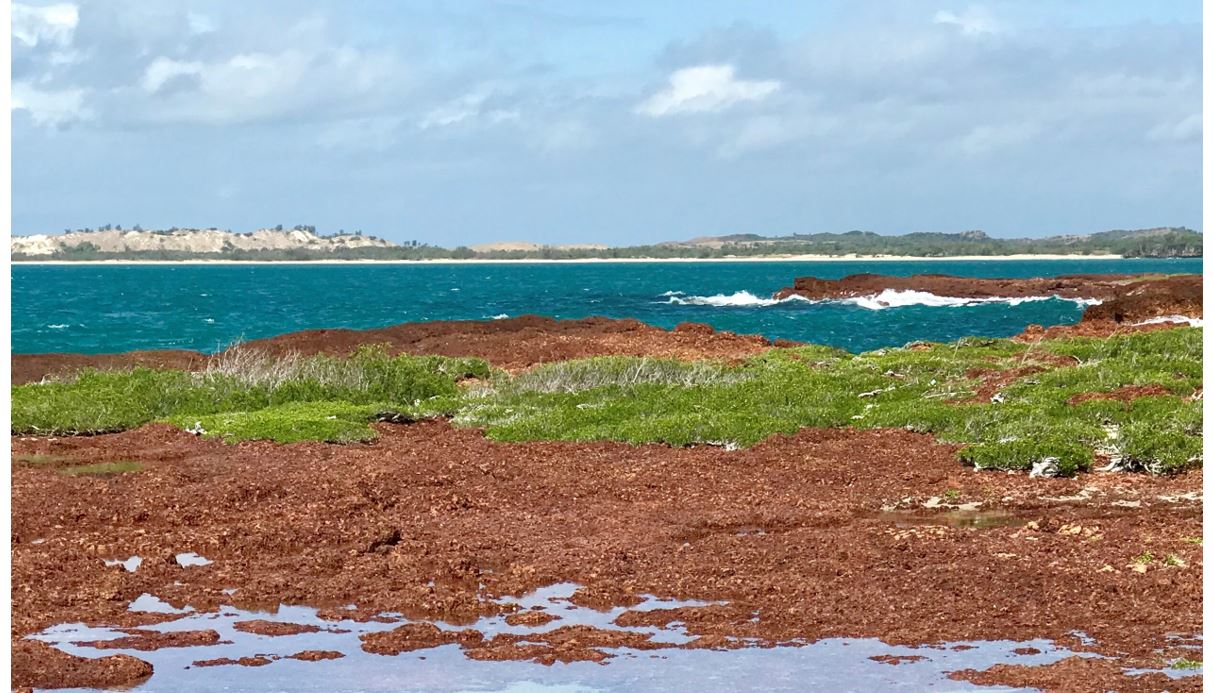