The ACSEP is governed by a skills based Board consisting of four democratically-elected executive directors, an elected Registrar Representative director and three independent directors elected by the Board. One of the independent directors acts as the Chair of the Board and one of the Executive Directors as College President. The Board governs according to the ACSEP Constitution. A number of Committees, Advisory and Working Groups directly report to the Board via the College Executive, providing advice and recommendations to Board within their respective areas of responsibility.

College Fellows elect the President, Vice-President and New Zealand Fellows, the New Zealand Representative. The Board approve and appoint the Chairs of Committees, Advisory and Working Groups following nominations from within each Committee / Group. Committee members are appointed in accordance with each committee’s terms of reference.

The ACSEP holds its Annual General Meeting once a year in conjunction with the Annual Scientific Conference.

All members of the College may seek to change policy or to initiate new policy through the College’s committees, Advisory or Working groups. 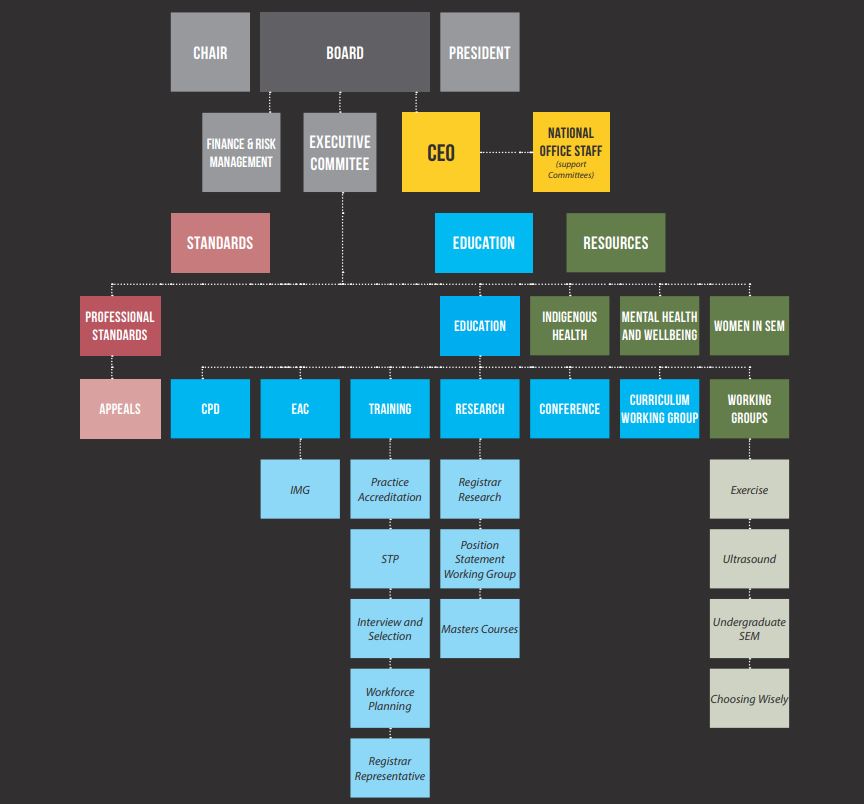